Specific performance is a remedy in contract law that is most often applied in real estate litigation and disputes where a court issues an order requiring a party to perform a specific act, and to specifically perform according to the terms of a contract.

Specific performance is not a remedy that is typically applied to ordinary non-real estate contract disputes. This is because a court does not generally want to force someone to do something they don’t want to do especially when there are other appropriately simple money damage remedies. So, for instance, if a musician or artist backs out of performance, a court will not order them to perform against their will.

A court will, however, enforce money damages in favor of the non-breaching party to compensate them for their loss.

Specific performance is applied primarily in litigation to enforce real estate contracts. The concept of specific performance arose in medieval England where land ownership was tied to social status and parliamentary voting rights. In a land sale transaction in that era, an award of money damages would not compensate the party who had perforrned on the land sale contract against the party who failed to perform.

Hence, the remedy of specific performance was applied because there was no fair or equitable substitute for actual performance. The remedy maintains its validity in modern society because all real property is in some way unique, and the idea that money damages alone do not compensate the inured party, and therefore actual or specific performance of the contract as a remedy, remains a fundamental element of the law.

The contrasting remedy is Rescission in which a contract or transaction is reversed, rather than ordered performed, and the parties are returned to their respective positions before the contract was signed. In essence, rescission undoes a contract, while specific performance completes a contract.

When Can Buyers Sue for Specific Performance?

When a seller signs a contract with a buyer for the sale of real property, both parties have entered into a binding contractual agreement for the sale with specific terms and conditions. After signing a contract essentially promising to complete the transaction, a seller might decide that they want to back out of the deal.

Assuming the deal is not contingent on another sale, and the seller wants out in order to get a better deal or simply changes their mind, the buyer has a remedy in the form of a suit in court for specific performance, seeking a court order requiring the seller to perform as the seller originally contracted to do.

The buyer must prove the existence of a legal and binding contract, clearly defined terms for the court to enforce, their own compliance with those terms, that they are financially ready, willing and able to perform, and the inadequacy of a purely monetary remedy.

Once proven, the court has the power and the discretion to award specific performance ordering the parties to perform and complete the sale. In addition, the buyer may be entitled to an award of money damages for costs and fees, and any other consequential damages, caused by the seller’s failure to perform.

When Can Sellers Sue for Specific Performance?

While sellers can sue for specific performance against a buyer over a failure to perform on a real estate contract, the remedy is rarely applicable and even more rarely sought. First, most real estate contracts include contract language that addresses the consequences of a buyer breach, and typically provides for loss of the deposit money, or other similar monetary remedies such as liquidated damages.

These provisions protect the seller from a buyer’s breach by providing a simple money damages remedy, rather than a forced sale. The seller is then free to market the property and enter into a contract with a new buyer. The availability of these remedies means that specific performance isn’t necessary or appropriate to address the seller’s damage claims, and a purely monetary remedy will suffice.

Certainly, property exchanges may qualify for specific performance because of the unique nature of the property being exchanged and the mutuality of the obligations in the transfer and acquisition of specific real property.

The defense should focus on the precise terms and conditions of the contract, and whether they are sufficiently clear and definitive to warrant both enforcement and the remedy of specific performance.

Contracts that are vague or unclear are not only unenforceable, but will not support an order to perform. A central question is the plaintiff’s own performance, and whether they have in fact breached the agreement and are therefore not entitled to specific performance.

Another element of the defense will be the adequacy of the remedy sought and whether or not a simple monetary remedy will suffice. If so, courts are very reluctant to order specific performance. Proving any one or all of these elements can seriously undermine a specific performance case, and can often lead to a settlement.

Clearly, the defendant’s intent on entering into the real estate contract and the reasons the deal was not completed are critical. Where there are financial considerations the court may be disinclined to order a sale that isn’t financially viable, or is too onerous to one side. If bankruptcy looms on the horizon, the court is not going to burden a seller with a buyer who cannot perform, or a loss in bankruptcy.

In all cases, when a dispute arises, the analytical and negotiating skills of the attorney are critical. The statistics are very illuminating: very few cases, less than 3%, go to trial, and the vast majority of the remaining cases are resolved by negotiated settlement.

In fact, most cases that enter into the voluntary mediation process settle, 85-90%. Thus, negotiated settlements happen in a vast majority of cases, and the analytical negotiating skill and experience of the handling attorney is critical. Negotiated settlements are the unheralded key to a successful litigation.

With $190m in jury verdicts and $70m in punitive damage awards, Timothy Norton is your Los Angeles real estate litigation attorney, with offices in Manhattan Beach and Downtown Los Angeles.

Call today for a consultation on any real estate litigation matter at (310) 706-4134 , or connect via email to: timothy@constructiondefect.com. 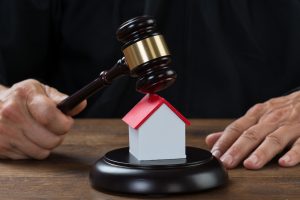 When to Pursue a Construction Defect Claim

When to pursue a construction defect claim is fairly simple and is determined by the statutes of limitation. Simply stated, if you are aware of 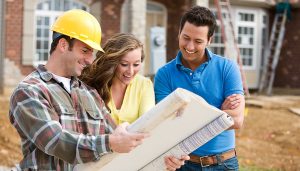 How to Select and Hire a Contractor

Hiring and selecting a contractor is a critical decision, a decision that a construction defect attorney with 35 years of experience can offer valuable insights 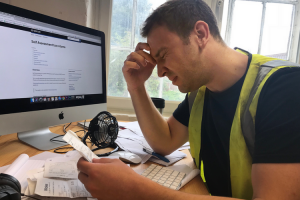 The Most Common Construction Defects Brought Before The Courts

Construction defects frequently arise in the construction of new homes and commercial buildings. These defects occur for a variety of reasons, but primarily due to

To Settle or Not Settle: Crossroads in Litigation

When and whether to settle a lawsuit is a critical crossroad to almost every lawsuit. Given that a very high percentage of cases settle, by

Disclaimer: Official website of Timothy Norton, Attorney at Law – Norton & Associates. The information throughout this law firm website is not intended to be taken as legal advice. The information provided by Attorney Timothy Norton is intended to provide general information regarding comprehensive legal services for clients in Manhattan Beach, Los Angeles and throughout the South Bay area in California. If you are interested in finding out more about business litigation, real estate litigation, or construction defects please contact our law firm today for a personal consultation. This website is not intended for viewing or usage by European Union citizens. Read our ADA compliance disclosure.
© Norton & Associates Website.