Contracts for work on residential property with four or fewer units that contain an arbitration provision, even if signed by the owner, must comply with Business & Professions Code § 7191, and if not, according to §7191 (c), a provision for arbitration that does not comply with this section may not be enforceable against any person other than the licensee. In other words, the arbitration provision, if non-compliant, would be enforceable by the owner against the contractor, but not by the contractor against the owner.

The compliance requirements are as follows:

The provision shall be clearly titled “ARBITRATION OF DISPUTES”.

And as noted above, subdivision (c) provides that an arbitration provision that does not comply may not be enforceable against any other person other than the licensee (the contractor).

Subsection c is of particular importance, providing a framework for the court to make a determination and refuse to enforce arbitration in instances of multi-party litigation where there are other parties named in a pending lawsuit that arise from the same transaction and there is a possibility of conflicting rulings on common issues of law or fact. This scenario exists in many cases, where an arbitration provision exists between the owner-buyer and the seller-developer, and the owner-buyer has filed a multi-party lawsuit against numerous parties, including contractors, builders and subcontractors, who are not bound by any arbitration provision, and who cannot be compelled to arbitrate, and who are involved in claims arising from the same transaction or series of transactions and therefore also pose a very strong and clear possibility of conflicting rulings on common issues of law or fact between the arbitration, if conducted separately, and the main action against the contractors, builders and subcontractors on the very same issues and facts.

Thus, as stated under subsection (d): If the court determines that a party to the arbitration agreement is also a party to a pending litigation with a third party (or parties) the court has 4 separate options, the first of which is the court may refuse to enforce the arbitration agreement and may order intervention or joinder of all parties in a single action. The use of the term “may” in the statute indicates that this is discretionary with the court. That discretion is very wide and orders to arbitrate are not appealable. Still, most courts are receptive to the problems posed by multi-party litigation involving parties who have not agreed to arbitration and who cannot be compelled to do so, and the need to avoid conflicting rulings by denying the request to arbitrate and consolidating all of the cases, claims and parties in one proceeding in court. The caselaw supports this view. See, Lindemann v. Hume (2012) 204 Cal.App.4th 556, 565-572.

Number 3: Waiver of the Right to Arbitration

While no single test that defines the nature of the conduct that will constitute such a waiver, the California Supreme Court has found a waiver of the right to demand arbitration in a variety of contexts, ranging from situations in which the party seeking to compel arbitration has previously taken steps inconsistent with the intent to invoke arbitration to instances in which the petitioning party has unreasonably delayed in undertaking the procedure.

The decisions likewise hold that “bad faith” or “willful misconduct” of a party may constitute a waiver and justify a refusal to compel arbitration. See, Sobremonte v. Superior Court (1998) 61 Cal.App.4th 980, 991-997 and Davis v. Blue Cross of Northern California (1979) 25 Cal.3d 418, 425-426. Further, it’s important to note that waiver can occur at any time in the process, before the right to arbitrate is asserted and during the arbitration process itself, if the petitioner engages in conduct, especially bad faith and willful misconduct, that is inconsistent with and contrary to the arbitration.

Factors considered by the courts include, but as indicated above, are not limited to: 1) actions inconsistent with the right to arbitrate, 2) whether litigation machinery has been substantially invoked before (or after as this article suggests), 3) whether the party requesting arbitration delayed 4) whether the defendant seeking arbitration filed a counterclaim without asking for a stay, 5) whether important intervening steps , such as taking advantage of discovery procedures not available in arbitration, have taken place, 6) prejudice to the opposing party, and 7) as noted in Davis, supra., at page 425-426, the bad faith or willful misconduct of the party seeking to enforce arbitration.

Notably, California law defines waiver as the intentional relinquishment of a known right, making intent paramount, and in the context of arbitration, the implied or explicit intent of a party to willfully and with prejudice act inconsistent with and contrary to the right of arbitration, by actions in the court process that are contrary to arbitration and its exclusivity, are paramount to an analysis and determination of intent and waiver of the right to arbitration. A careful examination of the facts and circumstances of each individual case is necessary to determine the viability of a challenge to a petition to compel arbitration.

Contact us about your construction defect claims, for a consultation call (310) 706-4134 or make an appointment online. 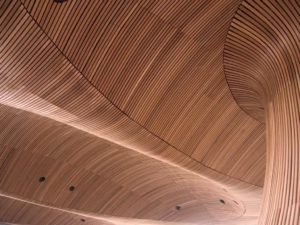